According to Nokishita, this new Sony a9 II mirrorless camera has been registered at certification authority with the code name “WW942051”. Sony a9 II official announcent in late October, 2019, and it will be released before Olympics 2020. 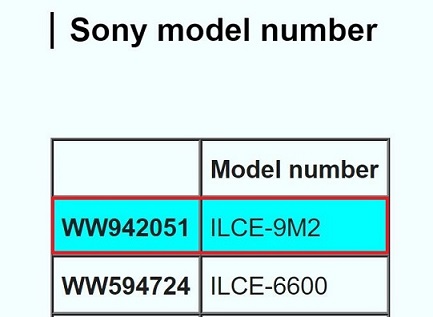 Sony has already added the model number of “ILCE-9M2” to the latest product list, so the next camera to be announced should be α9II as rumored.