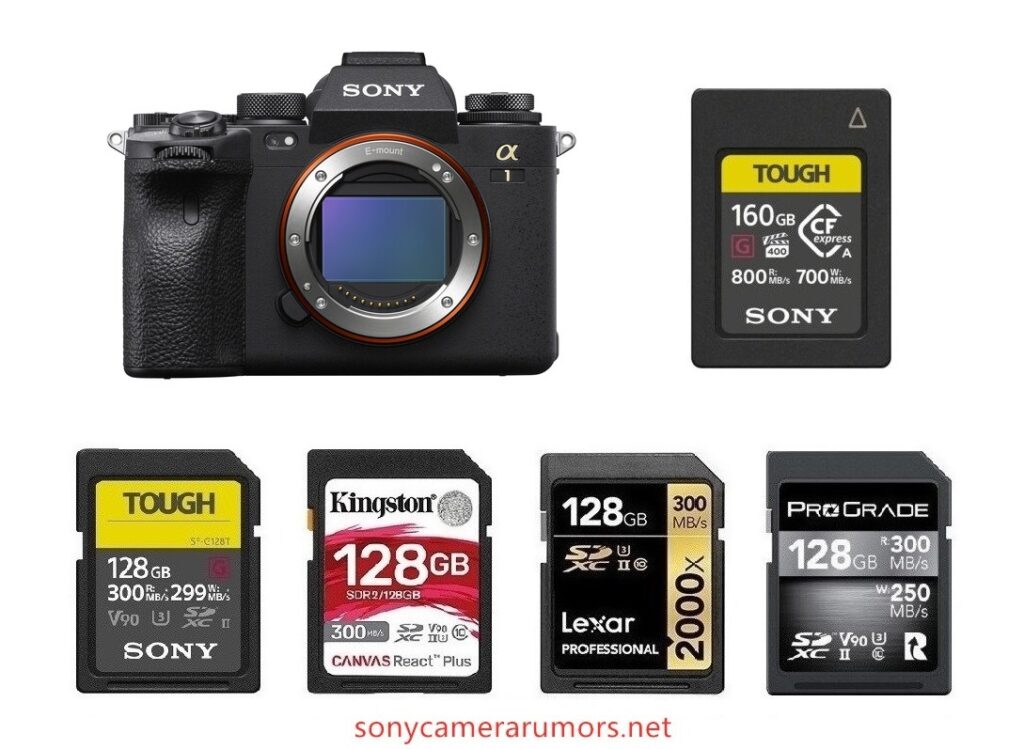 Here are the best memory cards for Sony a1 mirrorless camera, including CFexpress cards (Type A) and UHS-II SD cards.

The Sony a1 has dual memory card slots that both support the fast CFexpress Type A cards and UHS-II SD cards for flexible and high-speed file storage. At its core, the Sony a1 (Amazon, B&H, Adorama) is distinguished by a newly designed 50.1MP full-frame Exmor RS BSI CMOS sensor and the BIONZ XR processing engine, and it is capable of 30 fps continuous shooting with up to 120 AF/AE calculations per second, 8K 30p and 4K 120p 10-bit video recording, and still offers versatile sensitivity up to ISO 102400 for low-light shooting. The Sony a1 shooting capabilities are further enhanced by a 9.4 million dot OLED Quad-XGA electronic viewfinder, with a refresh rate of up to 240 fps, ensuring no blackout. As Sony’s new flagship camera, the Sony a1 is a tool that is ideal for sports, news, nature, portrait and commercial photography alike.

Recommended CFexpress Cards (Type A) for Sony a1

In addition to the CFexpress Type A cards, both Sony a1 card slots are also compatible with UHS-II SD memory cards. Offering maximum read speeds of up to 300 MB/s and maximum write speeds of up to 299 MB/s, the Sony SF-G Tough Series UHS-II SD card is currently the world’s fastest SD card on the market, and it is well-suited for video capture, including 8K, 4K XAVC S, 60p AVCHD, 3D, HFR, and Full HD video, as well as super fast continuous shooting. In addition, the Kingston Canvas React Plus UHS-II SD Card is another great choice and great value SD card for shooting 8K, 4K, and Full HD video, as well as high-resolution photos. Lexar, SanDisk, ProGrade Digital, Delkin Devices also released their super fast UHS-II SD cards, which are excellent choices for Sony a1 mirrorless camera. You can just choose the one you like!