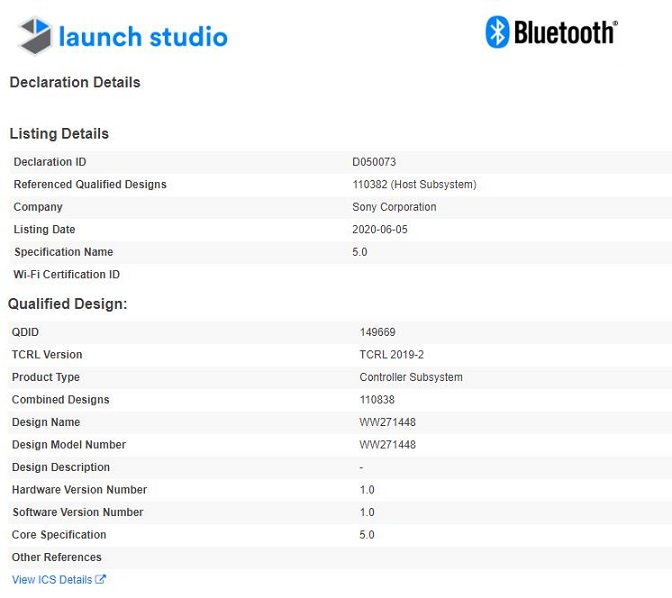 According to Nokishita, Sony‘s unpublished full frame camera “WW271448” has passed Bluetooth certification. Compatible with Bluetooth 5.0. This new “WW271448” camera will be a new High End Sony E-mount camera, probably be the long-rumored Sony A7s III or A7 IV. Seems this will be a good camera to compete with upcoming Canon EOS R5.

In addition, Sony will have a big product annnouncement in June 2020, and it is highly likely that the Sony will announce a new full frame E-mount mirrorless camera (probably Sony a7S III) and several new E-mount lenses along with the Sony FE 12-24mm f/2.8 GM lens in June 2020.