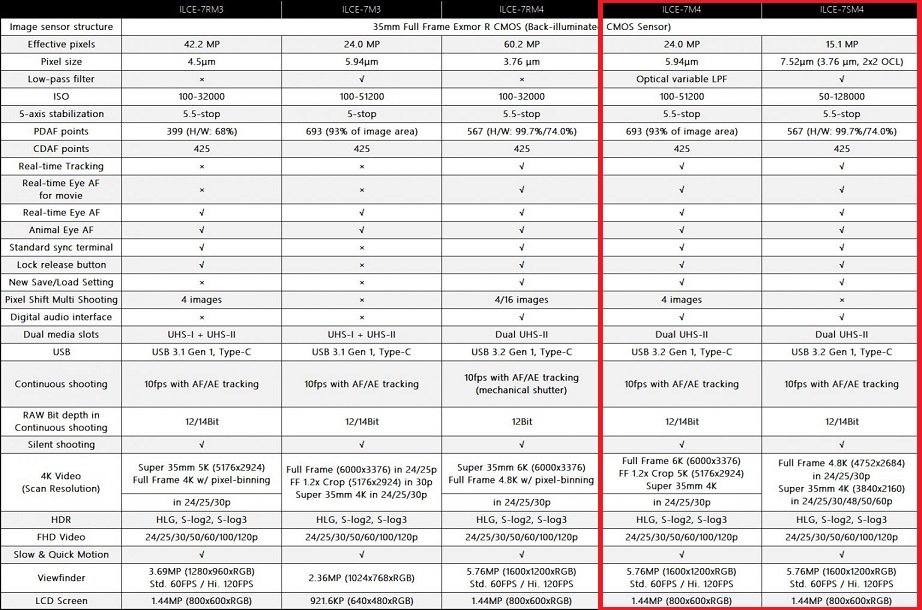 As we all know, Sony is currently working hard on the new Sony a7 IV mirrorless camera, which is expected to be announced in early 2020. Now, Eoshd posted this image showing the a7S IV and a7 IV specs. According to the leaked specs, the new Sony a7S IV can come with a 15.1MP full frame sensor, only be able to record 4k/30p, dual UHS-II SD card slots, and not much more.. The details and announcement date are unknown at the present.

What do you expect from the Sony a7 IV and a7S IV? What’s your wishlist?