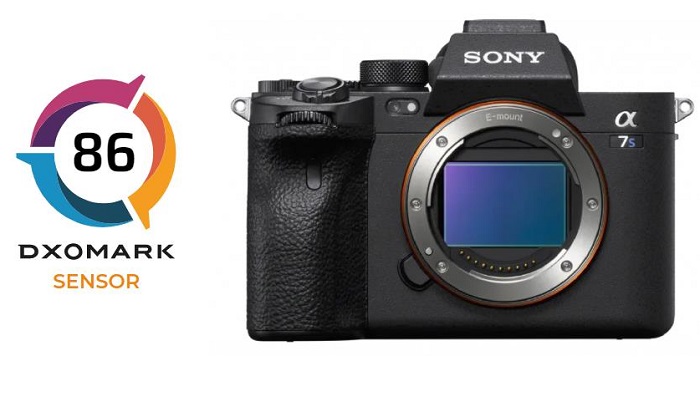 The sensor rating of 86 places the Sony A7S III a little below the 24 MP BSI CMOS sensors, such as those found in the Sony A7 III, the Nikon Z6, and the Panasonic Lumix S1, which is around 2/3 of a stop lower in overall sensitivity. Given the large pixel size and state of the art BSI CMOS tech, evidently there’s been some concession made to high ISO performance.

As a BSI CMOS sensor, particularly one that’s optimized for sensitivity, it’s well down our rankings. However, that has more to do with optimization for low-light stills and movie capture than with maximizing dynamic range and color depth for added versatility during post-capture manipulation. 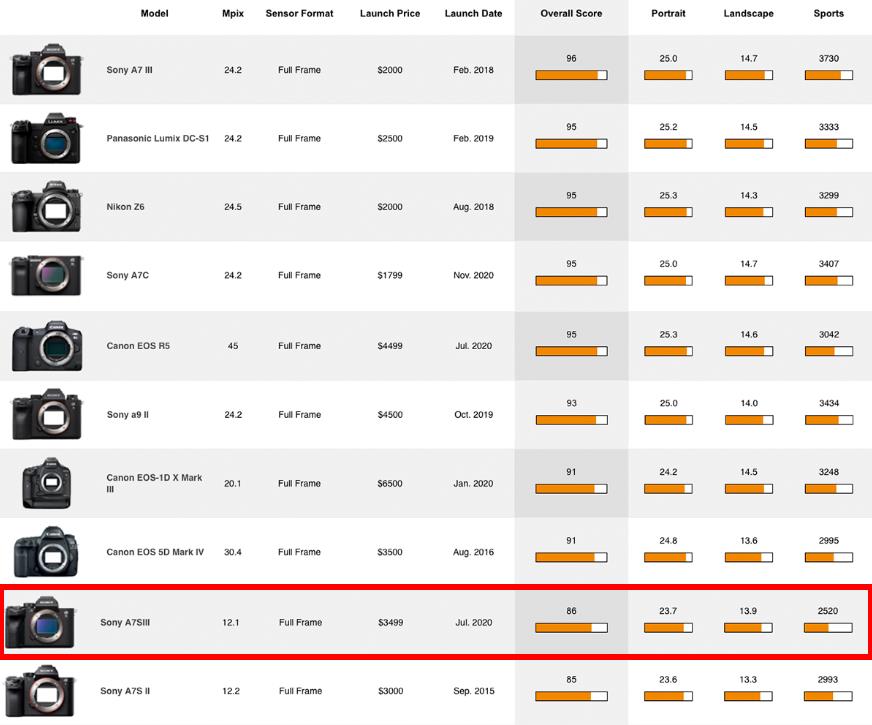 The Sony A7S III leverages a lot of tech from the A7 and A7R models, and its stills credentials are impressive. However, 12 MP is considered a bit on the low side for stills nowadays, and it is principally as a video camera that the Sony A7S III appeals. The lower pixel count means the sensor’s pixel dimensions on the long edge deliver essentially native 4K without cropping, and those large pixels should have benefits when working with less than ideal lighting.

Although it puts in a strong performance at its lowest ISO settings, with a relatively high maximum dynamic range and maximum color sensitivity, evidently some concessions were made in that regard, as it is at high ISOs where it’s class-leading. In particular, the Sony A7S III sensor has an impressive response between ISO 1600 and ISO 6400, even outperforming rivals using 24 MP BSI CMOS sensors.

Whether that’s enough to entice dedicated stills photographers is debatable, given the price, but videographers are likely to be attracted by the benefits it brings in post-production, especially when working in S-Log. With excellent high ISO image quality, small size, low weight, and a built-in stabilizer, the Sony A7S III is highly appealing as a versatile hand-held camera for single operators or small production crews.