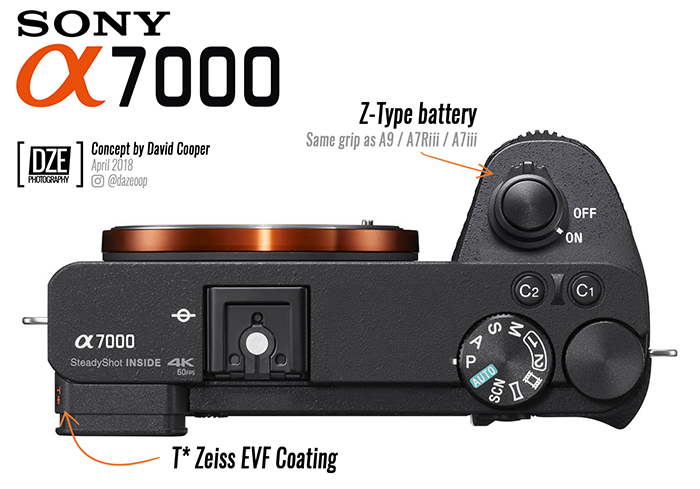 Sony a7000 concept by David Cooper

The latest rumor around the web suggests that Sony will announce a new high-end APS-C mirrorless camera (probably Sony a7000) in the next several weeks before Christmas. The exact announcement date is still unknown, maybe at PhotoPlus 2018 next week or sometime in November.

Speaking of the specifications, the Sony a7000 high-end APS-C mirrorless camera is expected to feature 20fps Shooting and Internal UHD 4K Video Recording, just like a “baby a9“. Here is a recap from SAR: