Sony a7 III Won the Product of the Year at DPReview 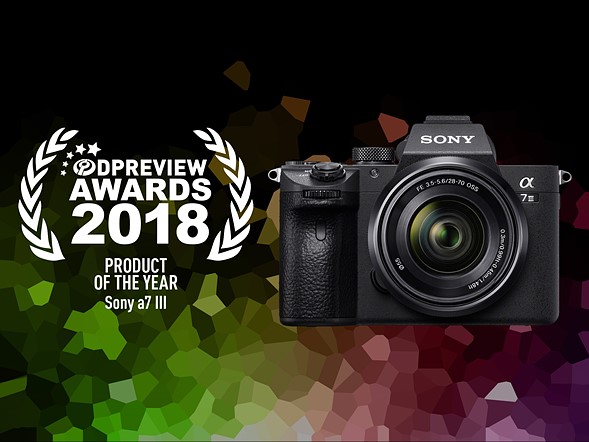 DPReview has published the full list of the “DPReview Awards 2018” and the Sony a7 III won the product of the year.

DPReview product of the year, 2018

And the winning spot this year is taken by the Sony a7 III. Arguably the best-value full-frame ILC available right now, the a7 III is a superbly versatile camera for both stills and video imaging, at a great price. Other cameras in Sony’s lineup offer higher stills resolution and some nice extras, but the a7 III takes most of the essentials, and packages them inside an attractive, very usable and affordable body. As such, the a7 III is a worthy winner of our most important award – the best product of 2018. 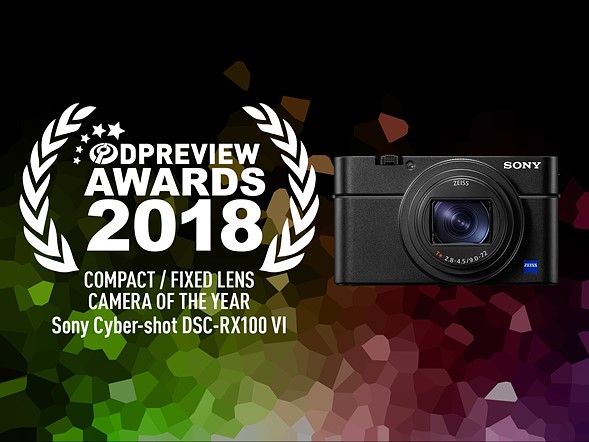 The RX100 VI doesn’t replace the older RX100 V/A, but it does fill a gap in the established RX100-series lineup for a true ‘travel zoom’ camera, offering advanced video and stills features in a compact package, with a versatile zoom lens. Photographers have been asking Sony for a longer zoom in the RX100-series for a long time, and with the RX100 VI, Sony delivered, without compromising too much of what we love about the series as a whole. As such the Sony Cyber-shot RX100 VI takes our award for best compact / fixed-lens camera of 2018. 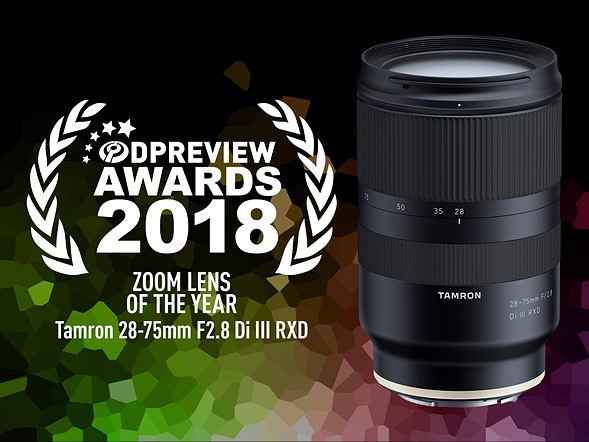 At the other end of the scale from Canon’s behemoth is the Tamron 28-75mm F2.8 Di III RXD. It might not be the widest or fastest (thanks to our runner-up), standard zoom of its kind, but it’s the smallest and lightest, and one of the best nonetheless.

The Tamron 28-75mm F2.8 Di III RXD has the distinction of being the first third-party zoom lens designed from scratch to be compatible with Sony’s full-frame mirrorless cameras. It has seriously impressed us with its optical quality, close-up ability, relatively fast (and silent) autofocus, pleasant handling and excellent value for money. A perfect companion to Sony’s a7 III, we hope that the 28-75mm F2.8 Di III RXD is the first of many future mirrorless-oriented lenses from Tamron, which has really impressed us in the past couple of years with its range of high-quality Di prime and zoom. 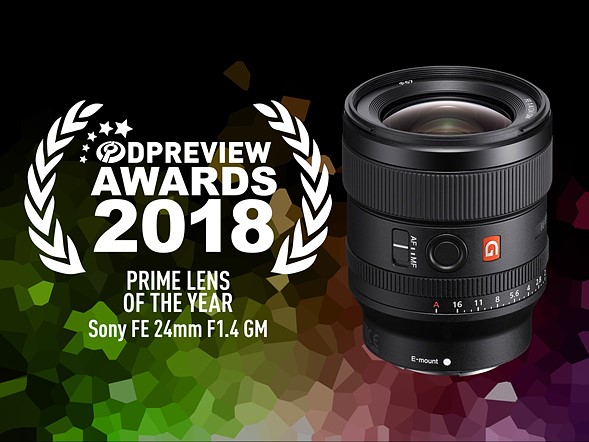 We’ve seen a lot of small, OK lenses this year, and a lot of very large, very good lenses, but it’s really nice when we see a manufacturer make a small excellent lens. The Sony FE 24mm F1.4 GM is exactly that.

This medium-wide prime lens for Sony’s a7-series and a9 mirrorless cameras (it’s also a useful 36mm F2.1 equivalent on APS-C) is a great example of the lens-maker’s art. Superbly suited to landscape and astrophotography, the 24mm F1.4 is equally useful for low-light candid photography and portraiture. It’s uncannily sharp edge-to-edge wide open with little to no coma, bokeh is smooth, and longitudinal chromatic aberration – that purple and green fringing we loathe on many fast wide primes – is well controlled. Our decision this year was unanimous – the Sony FE 24mm F1.4 GM takes the well-deserved top spot in our award for best prime lens of 2018.