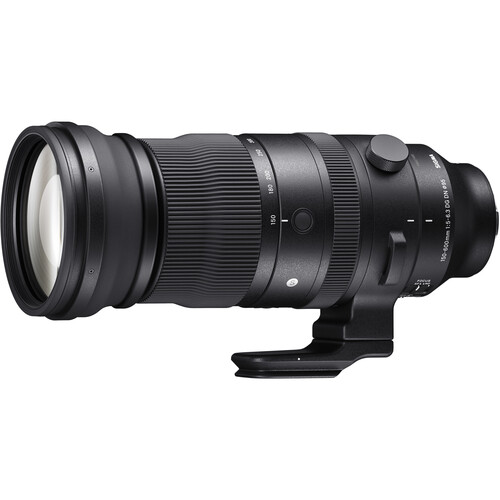 The Sigma 150-600mm F5-6.3 DN OS | Sport is a very welcome addition to the Tamron 150-500mm F5-6.7 VC VXD, Sigma 100-400mm F5-6.3 OS DN, and the Sony FE 200-600mm F5.6-6.3 G OSS as quality telephoto zooms available all available at $2000 or less. The Sigma makes a very good case for itself on paper when compared to the Tamron, offering up that extra 100mm of reach with a slightly larger maximum aperture…and at the price point of roughly $1500 USD – only $100 more. The Sony has some real advantages, but there are also some areas where the Sigma is preferable – its cheaper, smaller, lighter, has a slightly larger zoom range, has an Arca-swiss tripod collar, and has a much better magnification figure.

Like with the Tamron, however, there are a few unfortunate limitations imposed upon it by Sony. These include an inability to use the lens with teleconverters and also a limitation on maximum burst rate on Sony’s higher end sports cameras like the a9 series and the Alpha 1. For the moment, at least, you won’t get more than 15FPS on those cameras, though for many people that might just be enough. I also found that the Sigma 150-600 DN even lagged a bit behind the Tamron in focus performance when tracking action, and the gap between it and the Sony 200-600 G was wider still. It was fast enough for birds in flight and some actions shots, but I felt much more confidence for getting quality frames at high speed with the Sony.

Sigma’s chief advantage here is going to be in the raw realities. It can’t claim to be as compact as the Tamron lens, but it does offer a larger zoom ratio than the Sony while also being a bit smaller. It has an excellent optical performance and great build. And, at $1500 USD, the price point may seem like a greater value than that of the Tamron. I suspect that there is room for all three of these lenses on the platform, as they all have unique strengths and weaknesses. The Sigma 150-600 DN is a very welcome addition to the growing number of options for long telephoto performance on Sony!