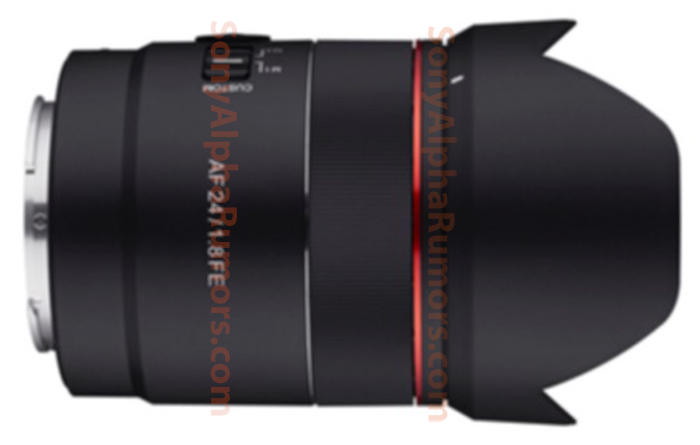 SAR leaked the first images of the upcoming Samyang 24mm f/1.8 FE lens, which will be officially announced on April 9 at 10am London time. It is said that this lens will be equipped with unprecedented functions, but is it a function for starscape photography?