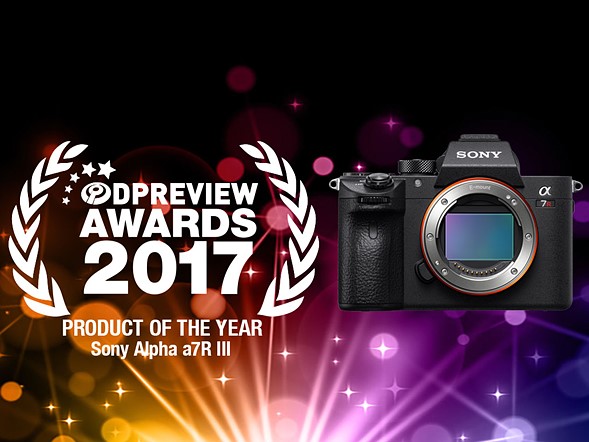 DPReview announced the winners of DPReview Awards 2017 – the Sony a7R III mirrorless camera won the product of the year (beat Nikon D850 and Sony a9):

“You guessed it – one of the last cameras released in 2017 ended up taking the top spot. The Sony a7R III is a truly impressive camera, which combines advanced stills and video features in a body designed to satisfy the needs of professionals and enthusiasts alike. While the a9 is faster, and features an autofocus system better optimized for shooting sports, the a7R III is a mirrorless interchangeable lens camera for the rest of us, and a well-deserved winner of our award for the best product of 2017.”