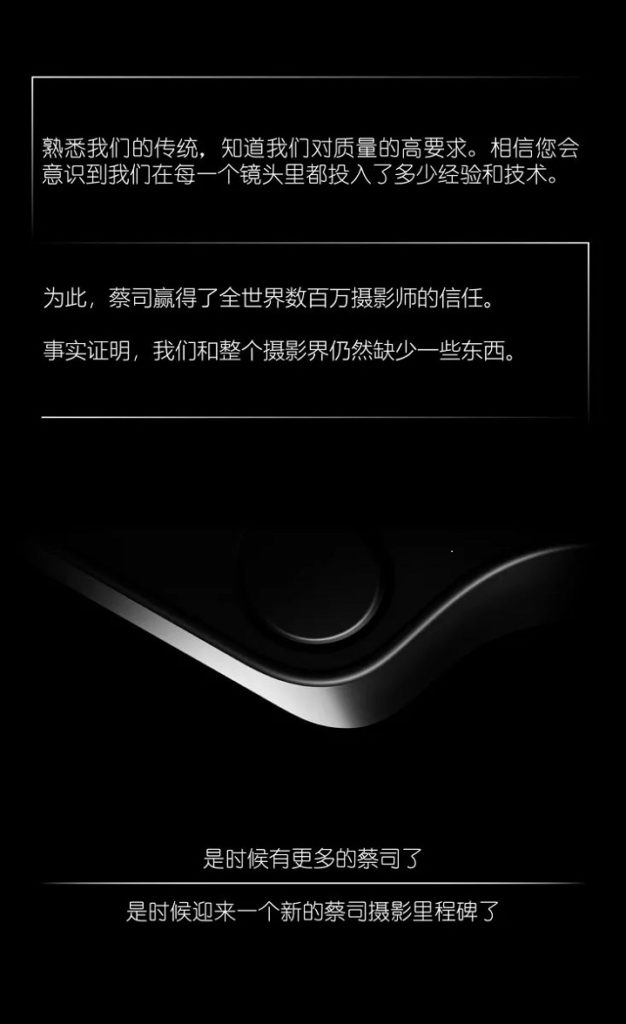 Zeiss China posted an official teaser image for the upcoming Zeiss full frame compact camera, which is expected to be announced ahead of Photokina 2018.

Translation from the Chinese teaser image:

Join the Sony Camera Users Facebook Group to share your Sony photography and advice, ask and answer questions that arise and help each others!