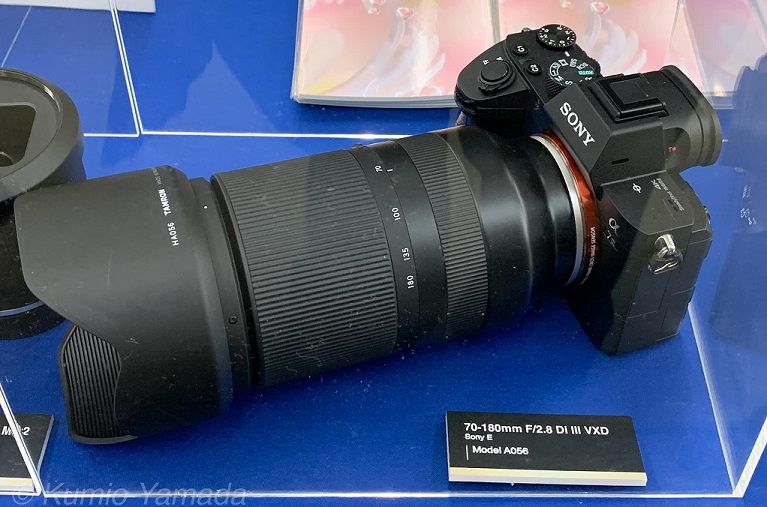 The Digitalcamera leaked the first images of the new Tamron 70-180mm f/2.8 Di III VXD Lens for Sony E-mount, which is expected to be officially released in Spring of 2020. Take a look! 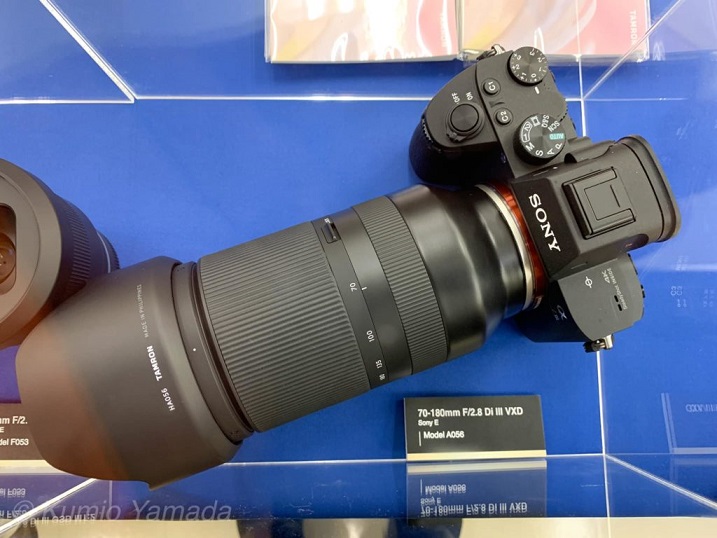 -Tamron will be exhibiting the new E mount lens, which will be unveiled for the first time in general, at the booth over acrylic.
-With a development announcement, the 70-180mmF2.8 is extremely compact, although it will be released next spring.
-If you look at the actual machine, it is compact enough not to think of F2.8. It feels even smaller than Canon’s “RF70-200mmF2.8L”.
-Weighs in the 800g range, this size makes it feel like you can easily carry it around.
-Furthermore, the AF speed is quite high, so it seems to play an active role in shooting moving objects. It ’s a very fun lens.