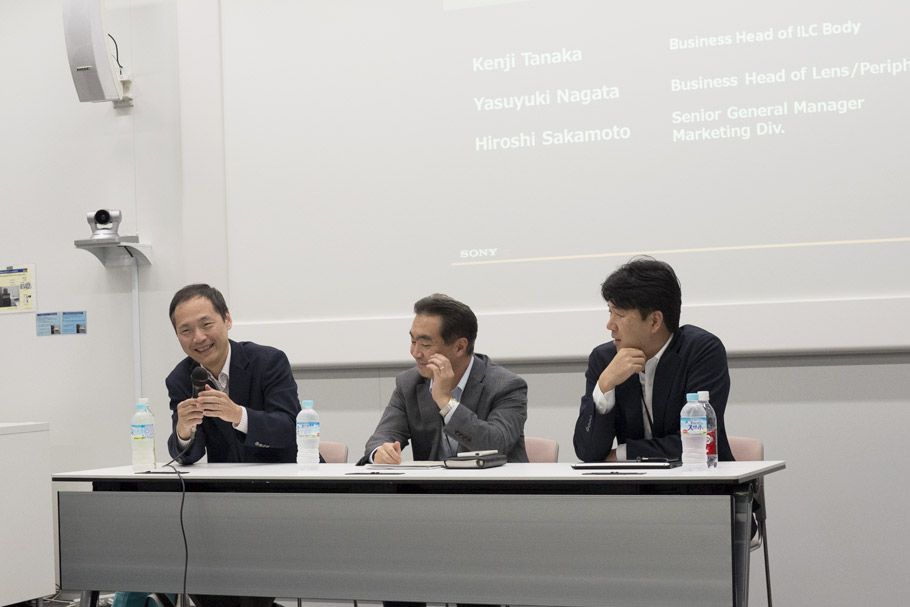 In an interview with Focus Numerique, Sony managers talked about the future of the A mount, the development of optics for APS-C cameras, curved sensors and the Tokyo Olympics. And the three executives confirmed that Sony will keep developing A-mount Cameras and A-mount Lenses.

It seems that Sony‘s efforts in the last few years have focused on the development of the E-mount. What is the future of the A-mount and the A-mount range? The A99 Mark II is a great machine to photograph, but professional photographers probably hesitate to equip for lack of visibility on the optical range to come …

2016 marked the 10 thanniversary of our A mount. And even if we can not disclose our next products during this interview, we can say that we will continue to develop the cases and lenses in this mount. This range is important to us and features unique technologies, such as the transparent mirror, that enable specific features. In addition, the A mount also has an advantage: it allows to use a large fleet of existing optics including the old Minolta optics. We lead the development of E and A frames in parallel, both on the side of the housings and optics. In recent years, we have introduced more optical mount E, because the gaps are greater, the bayonet is younger.

We have the impression that the range of optics for APS-C is not really considered by Sony. Can you reassure your customers?

We still have a lot of work to do for the APS-C range. As we said before, the 24×36 E-mount range was our priority. After the 100-400 mm available for the 24×36 format, we think that people equipped with APS-C are interested in an equivalent zoom for photographic hunting. Again, we can not say anything at the moment, but we can guarantee that the APS-C range will gradually expand.

In addition, we are getting ready for Sony Black Friday & Cyber Monday Camera Deals 2017.