Confirmed: Sony Will Announce an Exciting New Camera on October 18

It is now confirmed that Sony will announce an exciting new camera on October 18th at 2017 NAB Show in New York City. Sony has already sent out the invitation newsletter to PRO film makers. 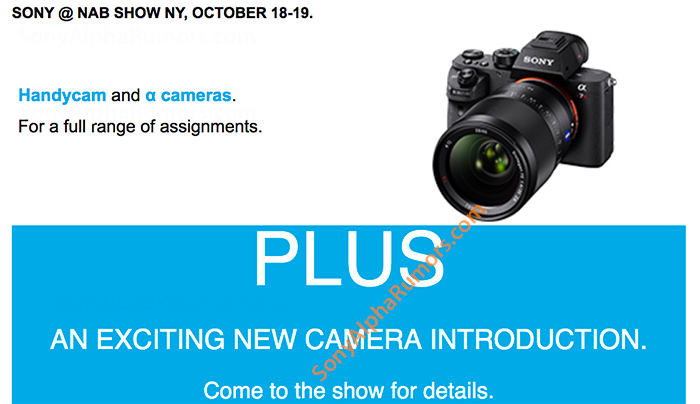 But, “an Exciting New Camera”, what is it? what do you expect from Sony?

In September Sony is rumored to announce a new “Game-Changer”(probably Sony a7S III), so this NAB show in NYC would be an ideal place for the new Sony a7SIII announcement. I believe all the Sony fans will be glad to see the full frame Panasonic GH5 killer!